Thought it would be fun to track which houses are at war, which houses have formed alliances, etc. Please post updates here and I will continue to update the first post.
Last edited by Neukdeh on Mon Jul 29, 2013 4:49 am, edited 1 time in total.
Top

Current Wars - pulled from forum postings and in game threads

House 5
House 6 - I think they were allied to H2 but now that H1 has absorbed some of the former H2 factions how has this effected them?
House 12

How about having screen shots of the map as well? It would be interesting to see what changes, if any, happen over time.
Top 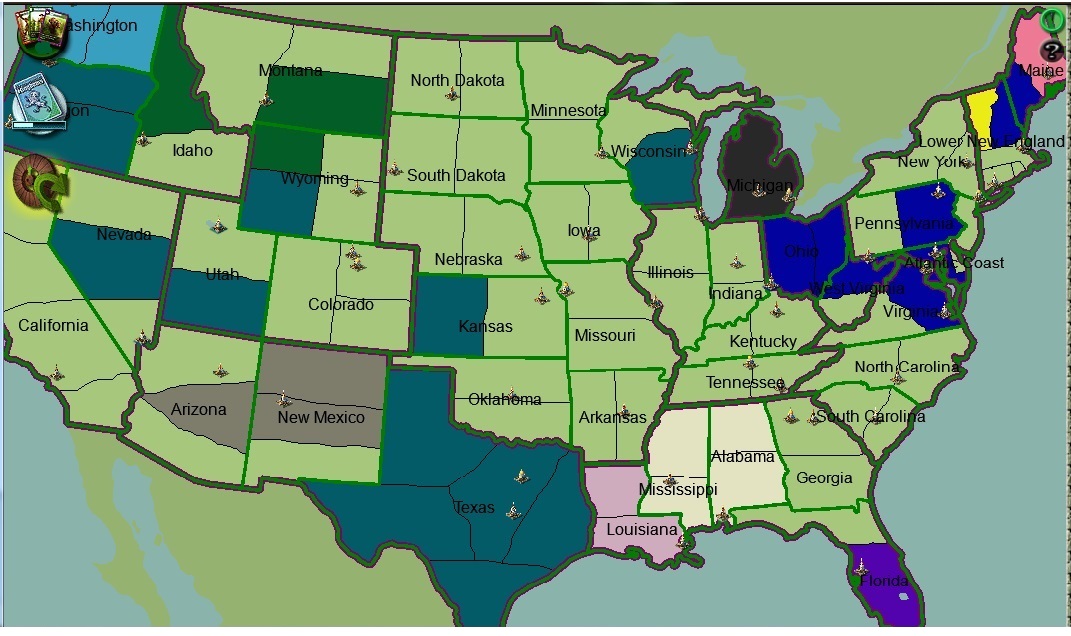 H2 is Allied With H6 and neutral towards all Houses atm.
Pen is mightier than the sword....
Top

Beautiful! I like how the world is filling up even though other worlds probably emptied out.

Houses backed by carders are already rising to the top. What I'd like to see is have the start of the first glory round delayed until after the first 30 days of a world opening. Some Houses are barely just getting established and face a huge uphill climb to try not to get eliminated. Give everyone 30 days to settle in and then start the glory race. At least by then every house has a fair chance.
Top

USA World - Day 14
- Sent messages to all House Marshalls to get their official responses. Already been receiving messages from players in the house but would rather get directly from the source if possible.