If you’re new to Stronghold Kingdoms or have a question about the game, check here for useful advice.
Post Reply
5 posts • Page 1 of 1

I did four analysis videos on research in Stronghold Kingdoms in response to a request made by a user on another Stronghold forum. I don't expect the regulars here to benefit directly from it but maybe a new player will find it useful, couldn't hurt I figured. 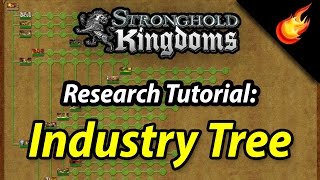 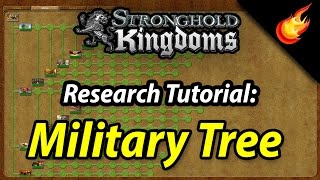 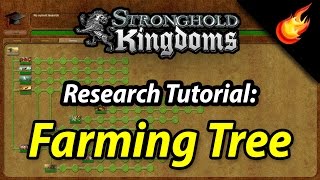 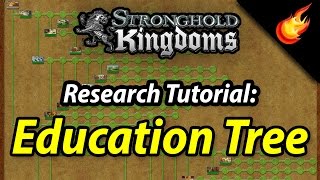 Thanks for the video, it is very helpful. I have a question regarding banqueting. I heard that fastest way to rank up early is through banqueting, so do I just leave everything on level 1 anyway even though I am going banqueting route or do I spend a bit more points there?
Top

Numox wrote: so do I just leave everything on level 1 anyway even though I am going banqueting route or do I spend a bit more points there?

One point in each to unlock the buildings should be enough, there are better researches to invest in and if you focus on banqueting productivity in your research you'll end up neglecting some other vital researches.
Questions? You should join my Discord group
Helpful SHK Sites: SHK Advanced Guide | SHK Strategy
Check out my Stronghold Kingdoms tutorials on YouTube | RazingHell

most people that rank quickly when worlds start also use the production cards. banquet cards are ridiculously easy to acquire when you get industry card packs

so they will do lvl 1 in everything (stockpile, food, etc.) and card the production. this gives them the ability to focus their research points on the other things to give them an edge in those things

another thing. the early game has turned into a show of its own at this point. you always see the same people ranking to prince first because this is the thing they like to do and then they disappear to wait for the next world. that said, they have gotten very good at ranking so they have all the tips and tricks to do it as optimally as possible. my point is that trying to keep up with them is not a wise strategy and you should focus on building the solid foundation that is needed for more long-term gameplay

and lastly, when it comes to being a heavy banqueter (think mid game from day 45-150) research the heck out of spice and silk. those stupid things are the worst and you can only put 9 per village so if left unresearched the max production is around 375 but with research it is around 950 (quick estimate)

@davidspy, nice job on the videos. If you like making these kinds of things, id recommend a build order/research order guide to help players too. In StarCraft we have precise build orders for particular play-styles/strategies perhaps the same concept could be extended to SHK by having a village build order or a research build order for the early game

Thanks for the suggestion, I'll see what I can cobble together.
Questions? You should join my Discord group
Helpful SHK Sites: SHK Advanced Guide | SHK Strategy
Check out my Stronghold Kingdoms tutorials on YouTube | RazingHell