*Rant* What has this game become?

All discussion related to activity in the Global Conflict world should be posted here.
Post Reply
58 posts

*Rant* What has this game become?

Since I can't do much about this, I guess I'll just rant on forums a bit. I don't point finger to a specific side, because I'm pretty sure all sides do it.

The amount of alts that start appearing all around the map durring the war times is amazing. It's either alts used for personal use to send you ID or alts with card points that will monk enemy countries so your side will get the advantage.

This game used to be really good once, but this today is just ridiculous. We are witnesses of alts spawning around the map, buying charters and then monking parishes/counties while they are still under peace time. You can't do much about it, either you waste precious Faith points to excomm them(which is not effective since they gonna buy new charter and clean it pretty fast) or you can just watch.

Once their peace time is out after 3 days and they get razed, they will just spawn again and start buying charters to monk all over again. Not only do they monk, but they delete all important buildings in parish/county while they are holding it.

Most alts are safe since their masters are using different kinds of programs to alter their IP, so probably most of them won't be banned, but what could be done about this ridiculous things is that devs could change rules. Same as you can't attack other players/parish from your village under peace time, they should implement that you can't send monks from village with peace time. If you wanna monk go ahead and drop peace time, then you either gonna get a captain or you gonna waste some precious Faith points to ID.

Another thing, who ever thought that monking counties was good idea should get a medal. This game has became monk paradise. Everyone knows that points for glory round are counted at specific time, so what they do is they wake up some 2-3 hours before that, play a politics card and then they start monking, flipping countries before the count. After that's done, most of people just go under ID whole day and maybe send few attacks here and there, but main thing in war these days is MONKING!

At least you could have put that 1 vote = 1000 Faith points in county, then if somebody is crazy enough to do it, go ahead.

P.S. In some games when you leave faction/guild you get penalty of 24h before you can join another. Here that might be too harsh, but maybe you could implement something similar. Like if somebody is leaving faction 10 times per day or even once every day he should get some penalty (talking about ages where you can attack your faction members). I've seen so many people leave their main faction/House an hour before points for glory count and go to their allies so that they could give them points from their Kingship, but as soon as that ends they go back to their main faction/House. They repeat that every day and it's just getting sad.
Top

The first part is correct but I ve seen many ppl using friends/players from other worlds that are sending ID to players..Everything is correct there. so not all of those small accts are alts...

The rest i wont comment coz its just point of view...

Please refrain from excessively antagonizing pictures and from public accusations. I nearly removed the pictures from the prior two posts.

Some pictures like this? Where you dont ban people? but you investigate those who report them for 3 hours? While they monk them out of their counties??

How about instead of deleting posts you tell your guys to do their work? So the guy claims him and his friends all have another account they control, but from other device and IP, sure technically that might not be a violation, but it must be some sort of exploit. One guy controlling multiply accounts, do you support that kind of gameplay?!

He claims most of them control another account with some 1 million or even more Faith points, but what's funny is that Android and iOS function was launched only 2 months ago, so could you explain me how did they farm up all these Faith points in those 2 months? Unless before they used to play from same device and you people didn't do your work.

Another interesting thing - Friend of mine reported some people for multi-accounting, but what actually happened is that he got suspended for 5-6h under investigation (which at the end didn't prove anything), but what a coincidence 5 min after he got suspended few of Chinese "players" appear in his county and start buying charters and monking. Almost like they knew what happened with current Sheriff.

Btw this is what your game is becoming ... Each morning same ... stuff. 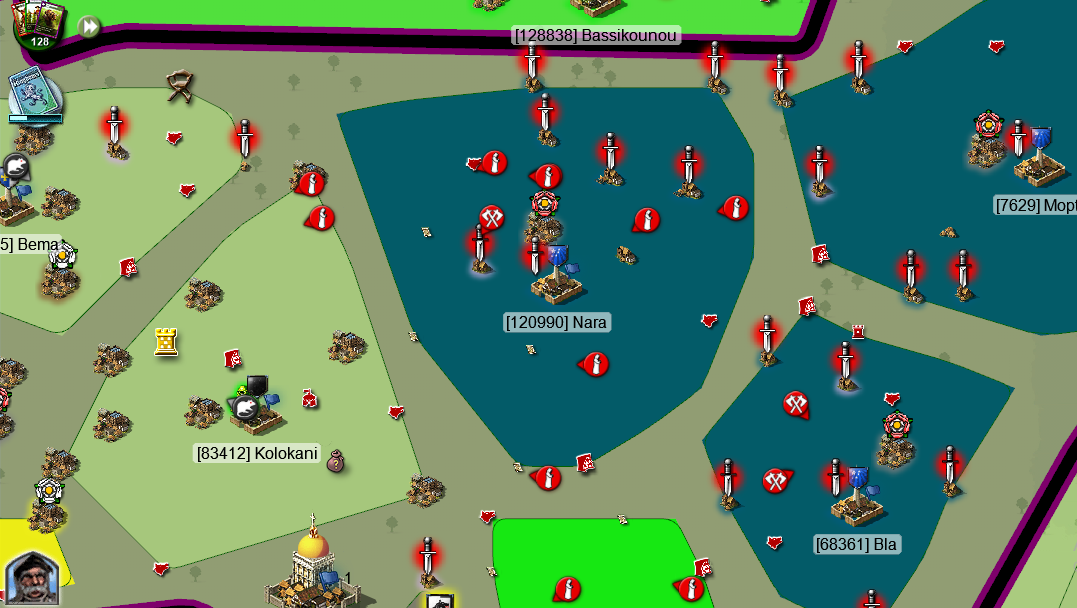 oh cmon nemanja, its h11 fault, right? we have a lot of alts that do not exist...and h14 tvinkies are all different persons

Well guys its shk, majority of people are cheaters.

You cannot label a specific side as mainly cheating as most houses from snallest to largest will.have cheaters.

I think the bigger houses tend tk cheat most as they are desperate to win and will do anything to stay in power all you can do is report them and hope the cheaters get found out.

lol The funniest thing is that ive talked to all of the Chinese that are in Mali on TS, couple are women another is a man, all have different voices than Bigfun and Dia have hahahaha

Hulka nation is large, much like BlackHand nation. there are always players to rotate in, players that are in almost every house on the map as we speak lol
Top

[quote="Killershyt"]lol The funniest thing is that ive talked to all of the Chinese that are in Mali on TS, couple are women another is a man,

is one of the Chinese dudes gayy?
Top
Post Reply
58 posts