The clock has just struck 12 AM, pushing us into day 16 of this world so why not start a diplomacy thread. Things seem a little more stable, not quite as much house jumping, so this seems as good of a time as any. I have included a map for record of this world as of day 16 at the county level. So far nearly all of the states still have closed counties and only 7 houses have members in them. As of 11:33PM game time on day 15, there are 4,749 total players. This world is starting to look rather small, in comparison with some of the other worlds out there.

Unfortunately the two strongest houses in the game seem to be fairly close allies at the moment. Hopefully the other houses can band together, or the two can have a falling out, otherwise it seems this world will end up like most small words; the biggest spenders group together and slowly destroy everyone around them until no one is left to oppose them. Maybe we will see something else this time. Let's hope so. 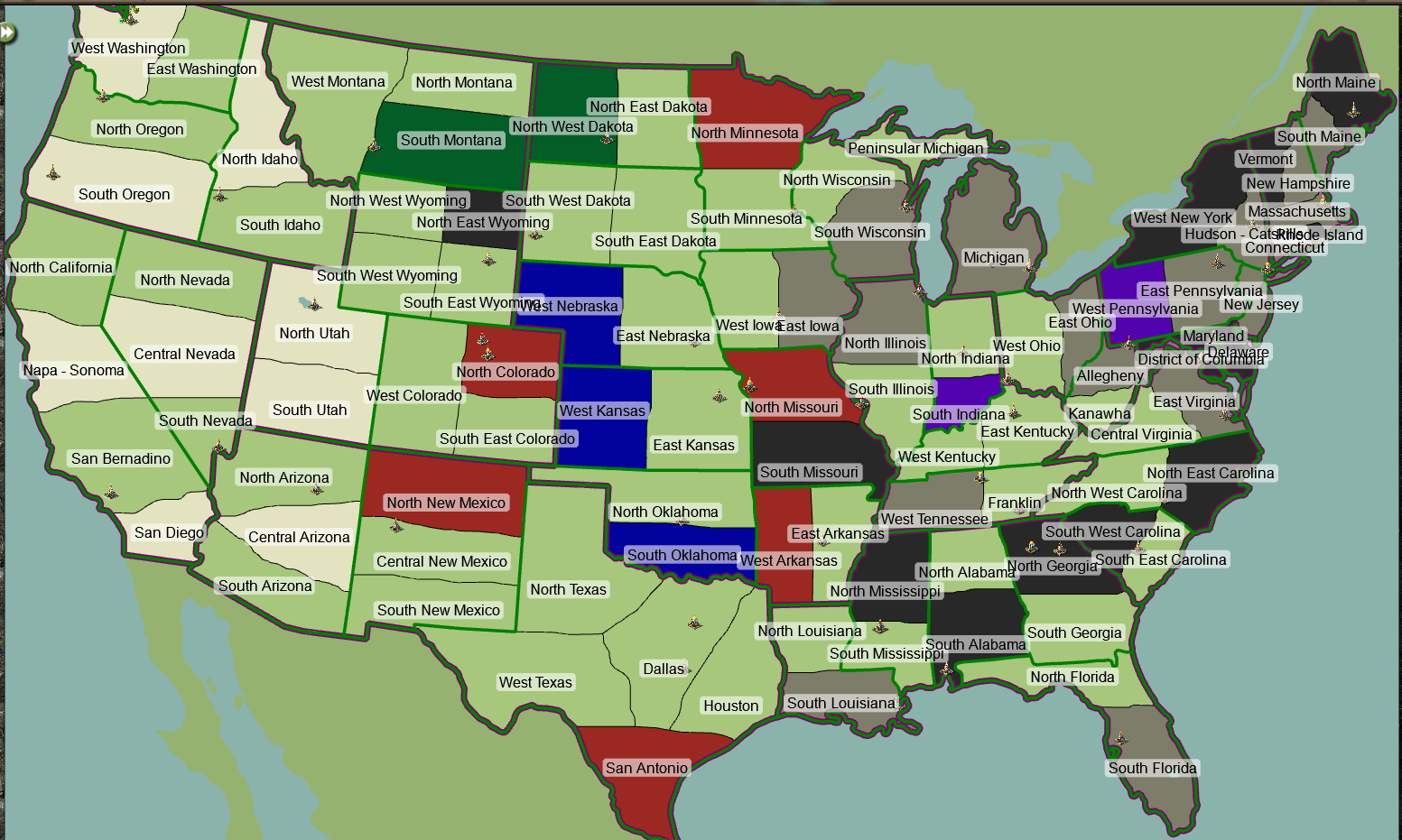 Aidan0816 wrote: the biggest spenders group together and slowly destroy everyone around them until no one is left to oppose them.

dont count me out of the game so soon

This time I play with NO previous world friends and appear to be the biggest carder in my house. I have fought with and against carders before....meh

I'm not in a house myself at the moment, so it is a little hard for me to keep track of all the house related politics, but I will try to upload a new map at the county level every week or two
Top

Most of the east and central is dominated by the House 10/11 superhouse, especially after House 19 there crumbled a couple days ago.
Questions? You should join my Discord group
Helpful SHK Sites: SHK Advanced Guide | SHK Strategy
Check out my Stronghold Kingdoms tutorials on YouTube | RazingHell

Any news, after the brave attemp of house 14 lead by the fearless Tilltarn,to face the dominating house of carders failed the war continues as house 9 rises to face the chellenge it seems they arent up to it

you should update the picture
Top

Had to have a chuckle at that after watching 3 hardcore house 14 carders in my area for the last two weeks. The fight is more balanced than you think.
Questions? You should join my Discord group
Helpful SHK Sites: SHK Advanced Guide | SHK Strategy
Check out my Stronghold Kingdoms tutorials on YouTube | RazingHell

this would be awesome if someone updated the pictures every week.
Top

I'm new to the world but I joined it to have some fun. So, how's diplomacy going on? Which house should I join to have as much action as possible? Give some update on the wars going on right now please!

Btw. Is there some german house/fraction?

It's rather bland to be honest, House 9 and House 10 united to kill the server with a couple dozen dedicated carding players. Every alliance which has stood against them has crumbled. That's my perspective as a player in House 11, I'd be interested in hearing from the House 9/10 side.
Questions? You should join my Discord group
Helpful SHK Sites: SHK Advanced Guide | SHK Strategy
Check out my Stronghold Kingdoms tutorials on YouTube | RazingHell