Hello i'm Defuraai and i bot

hahah you called me an idiot. For comparision of token and bot program. Look you are very lazy and very bad player.
You should just READ what players who have hunders of hours war experience in this game.

and stop crying. you sound like you cry
Top

attacking someone, verbaly abusing..calling me an idiot. Then crying is a act of someone we call in Balkan PLACIPICKA.

we have huge number of those in region. more then any other region in WORLD. thats why we suck. Not bec of politicians and tiefs.
But bec of PLACIPICKAS who cry when they have problem, and complain on others.

I never attacked anyone here, i was attacked first every time for my standpoint
Top

Bot or Alt is one thing =multi accounts.
It is cheating.

we talk here about BOT PROGRAM.

Bot program = is improved Token. Made by probably firefly employes or ex employes...
It is identical to TOKEN. Just improved. And with adition of instant interdict.

For some of you NOOBS (war noobs, or inexperienced fighters)
Instant interdict works ONLY when you deal with ROGUES or DEFEATED ENEMYS.... who can respawn in your county. AND like noobs try to have "fun"

they lose wars and then they want to from shadows raze few castles..and move somewhere else.

ID bot comes handy against them.
But in real war, id bot MUST be turned off or enemy will waste all you FAITH 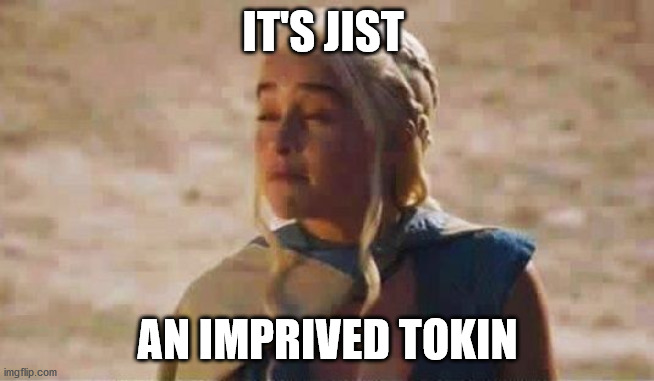 BeowulfKing wrote: ↑
Wed May 20, 2020 8:10 pm
hahah you called me an idiot. For comparision of token and bot program. Look you are very lazy and very bad player.
You should just READ what players who have hunders of hours war experience in this game.

ahahha you dont have level. Your level is actually "when day 150 come , i die"
lucky for your ex house, is that there is not enough catas on amp or they would die like chickens.


look my pupils
88819 cpts
they raming you friend who was bullying them when they were in neutral house.
He is joke, and they are allready with skill i teached them in 1hour allready double better then you
Top

im done talking with you. I told you, read what experience player write.
I admit Leyla is good player..and cehaja..

Honestly, Beo, you're not doing any justice to neither yourself nor your team-mates by parroting your dumb opinion here on the forums on and on. It's a cheat and against the TOS right now. Maybe in the future it will be part of FF's token, who knows. Most of us here have real lives and shi*t to do but we still play a few hours here and there and you're right when you say it's so much time consuming if you really want to actively play. One of the reasons I went neutral during the famous war on EU6. I don't have time as I used to have. I also don't have a bot.

While I generally don't like cheaters of any kind, I do think people should not be perma banned because of this. All those people already invested their time and their money into the game, perma ban simply sounds unfair. However, having an important advantage over other players, even those who also spend money let alone those who don't, is also unfair. FF, if it's in their interest, should do something to improve the game overall, not just AN IMPROVED token but many other things. There have been many amazing suggestions over the years and they've never accepted any of the good ones. They introduced Era worlds which was an actual downgrade to the game, with only one good thing - FPS limit.

In this case, there should be some penalty for people who use these kinds of softwares or whatever you hackers call them but not the perma ones. They should also put some effort in blocking those programs, I don't know how they can do it but I've played other games where any kind of illegal third party program, script, whatever is immediately detected and blocked and players using them would get banned for a certain number of days/weeks, depending on the gravity of violation.

This game had a great potential but FF is ruining it by not investing in it and not listening to their player base.
Top

Leyla. i aprreciated your standpoint..even though you called my opinon dumb:)

and i apologize to be ofensive to you.
peace
Top

BeowulfKing wrote: ↑
Wed May 20, 2020 8:42 pm
im done talking with you. I told you, read what experience player write.
I admit Leyla is good player..and cehaja..

but you have zero skill and zero brain to understand game

but sorry I am just better than you
Top

and i apologize to be ofensive to you.
peace

am I not worthy of your apology