This World 3 forum has been closed following the world closure.
Locked
33 posts

1. Scottish Laws apply to the traditional Scottish region and to all provinces where Scottish Houses have claims (now on called as Scotland). Scottish Houses, by default on World 3 are H2, H3, H13.
Any other Houses located within those areas are also bound by the same privileges and obligations, as do all individual players that reside there.

3. Scottish Alliance protects Neutrals and DOES NOT approve any offensive action. This includes individuals/independent factions/neutral houses (now on called as Neutrals), which may keep their neutrality, and are protected by this rule, strictly as long as they don’t endanger:
1) By having enemy liege lords
2) By monking/voting and generally making offensive actions.
3) By neglecting their defenses.
4) It is up to the Sherriff to decide who, regardless of the House, may impose danger, and the gravity of the situation, and take the necessary precautions, either by contacting the person, or his leader, and if no solution found proceed to offensive action. Neutrals have the right of appeal to the Sherriff in case of unprovoked attacks and he is obligated to help.

4. Inactivity is determined by the Sheriff, or the faction leader, or if the player has an open activity thread with no reply within 72H. Neutral individuals that may go afk should inform their Sherriff. Factions and Houses are obliged to have at least an officer active, able to understand English, who can reply for threads regarding his faction/house within 24H. Failing to do so, applies rule 3.4
Sherriff s and House Leaders are not bound by this rule.

Sherriff s and House Leaders cannot search every player on the game, nor contact every faction player in case of an emergency. Each faction is responsible for its recruits, its officers, its inactive players and finally its defense.


After reading this i will state out the Rule 3.4. This gives to the sherriff or General(when it comes to invasion) the full right to exile/attack any person that he considers a treat located within his area.
Normaly neutrals souldnt vote any side.
However in a warzone in the size of england+wales and if we add all those enemies of h2 who came from ireland, many of those with no colors, then we have a large amount of neutrals who are all but neutrals.
Also there is a confusion. H2 doesnt come with flowers. We invade. Not with monks. Martial law. This means a very known slogan those who are not with us are against us..... And this is not h2 slogan

.
So ppl who dont wanna fight, no problem, stay out of the way. But until those rules can be proclaimed from the kingship of england AND wales, both Kingships are warzones. For factions and/or individuals who wish to stay neutral (especially the ex enemies, since THERE ARE neutral houses that the alliance respects H5/H6/H9, (not only) ), must do so after they contact the local general and the terms are accepted from him and the alliance.
Pen is mightier than the sword....
Top

Once you've finished trying to invade, supposing you're successful what do you intend to do then? This is a war game and you'll have no opposition?

like i said in other threads
a) it wont be easy. there will be opposition
b) even with complete dominance we have at least 6-8 months of open world. Do we have to decide now?
c) the future of this world should be everyones concern, but lets focus on the present. Besides what do you expect H2 does? stop invading? give lands back? pay for the cards of the enemy perhaps? Its a war game.Someone will eventually win.
d) what do you propose for the end of this world jack?
Pen is mightier than the sword....
Top

The end of this world will be extremely boring if you continue to try to completely eliminate anyone thats not on your side. You will end up having no one but yourselves to argue with on a farming world. That would be extremely dull, once theyre gone you cant bring the players back.

the cost every winning house has to pay. again what do you propose?
Pen is mightier than the sword....
Top

jack this is what you dont undestand. There could be peace and truce a long time ago. But asking truce during an invasion should come in terms that neither h12/h17/h18 would accept. If they would, we wouldnt have war and you could restock.
Pen is mightier than the sword....
Top moughur wrote:in every world up untill now there has always been someone to rise up and destroy the dominating i do not see why this world would be any different 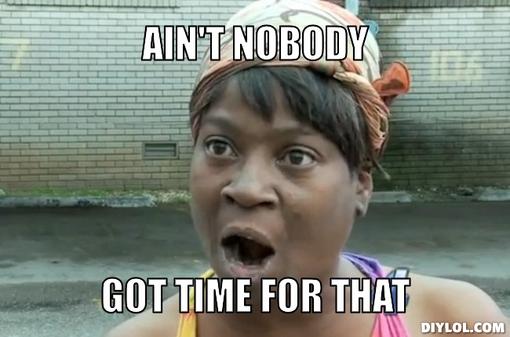